Reopening schools – The debate heats up 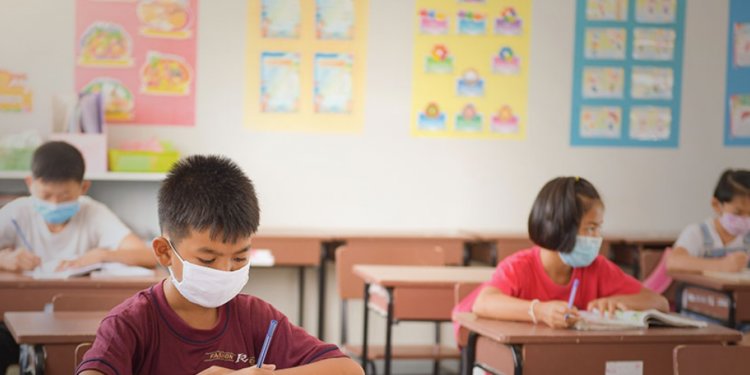 Since COVID-19, most of us have adapted to working from home. However, for school-going children, the solution is not quite as simple. Parents and teachers in many nations are saying that distance learning models have not worked very well. This brings us to the viability of reopening schools. Here is a look at some perspectives on this issue.

Summary show
To open or not to open.
The US ideology
Germany
France
Nordics
UK
Reasoned Opinions
About the author:

To open or not to open.

Many countries have reopened schools fully or partially for in-person classes based on various models. France, Denmark, South Korea, Sweden, Japan, Italy, Spain, Netherlands, and Canada are countries where kids have gone back to school. On the other hand, countries such as the Philippines, UK, Bangladesh, Nepal, and Cambodia are clearly against the idea, at least for now.

In the US, the responsibility for education primarily falls to Local School Districts and States. There have been efforts to reopen schools. However, these sparked heated arguments, more so in regions that recorded high numbers of new infections. Following a virus surge over the summer, most of the large Urban Districts decided to start this year’s school session with remote learning models. Still, many districts would prefer a face-to-face, part-time instruction approach.

Most of the German students have gone back to school. This is even though about 40 of 825 schools in Berlin have reported 1 or more COVID-19 cases. Following new outbreaks, thousands of students had to go into quarantine. Doctors attributed the outbreak to travel and family gatherings over the summer. However, Germany seems determined to keep schools open and to manage cases of infection by quarantining. COVID-19 rules vary from state to state. On the whole, the federal government emphasizes the importance of keeping schools and other learning institutions open.

Although a surge in new infections, France seems determined to keep kids in school, the government, under the leadership of President Macron, aims to reduce the adverse impact so far. Kids have already missed a lot of school days. Another motivation is to make it easier for parents to go back to work. France is home to vast migrant communities. These ex-pat professionals prioritize supporting their families with remittances sent via the Ria Money Transfer App and other channels. Being able to work efficiently is important.

There are many more arguments in favor of reopening schools. With remote learning frameworks, the school calendar has been somewhat jumbled. There has been some confusion regarding how to promote students to the next classes. Having students back in school will help ease the transition. Being in school is the better option for kids, especially after staying at home for so long. It helps when kids are with their peers. It reduces the distress caused by lockdowns. Moreover, many French households are struggling financially. State-subsidized school meals make things somewhat easier for such families. In addition to schools, cafeterias will also remain open.

There were some recent teacher protests in Marseille, Paris, and other cities. These were unrelated to the wisdom of reopening schools. Their primary demands were related to better salaries for teachers and removing cost-cuts to hire more school staff.

Most schools have remained open in the Nordic countries for the spring term. Some countries like Sweden implemented stringent measures. One of these was to ban parents from getting inside schools when they drop their kids off. In Denmark, there were protests where students questioning how schools could remain closed while malls, movie theatres, and gyms were open.

After remaining closed for many months, schools in Britain are set to reopen. Boris Johnson stated that opening schools were a “Moral duty,” threatening to fine guardians who choose to keep their children at home. Some schools are taking a hybrid approach with online and in-person classes. However, the ultimate goal is for all kids to go back to school for 100% in-person learning.

In America president, Biden is doing his part to get things in place for reopening schools. However, it may not be long before US kids find themselves back in schools. One of the greatest challenges is financial, especially with all the new safety measures to be implemented. “They need a lot of money to open,” said Biden.

Hemant G is a contributing writer at Sparkwebs LLC, a Digital and Content Marketing Agency. When he’s not writing, he loves to travel, scuba dive, and watch documentaries.